The trailer for Aliens: Fireteam, a new survival shooter coming this summer, starts out with that familiar warning, “I’ve got movement!” And then the Xenomorphs — the terrifying creatures from the Alien universe — converge on you.

Fortunately, you’ve got a fireteam, a trio of heavy-duty Colonial Marines fighting in co-op style to fend off the mass attacks of the creatures from all directions. I got a virtual briefing on the game from Cold Iron Studios, the San Jose, California-based studio that is making the game in collaboration with 20th Century Games for PC and PlayStation and Xbox consoles.

Chief creative officer Matt Highison and studio head Craig Zinkievich talked about the making of the game and demoed it in the first look of the long-awaited title. You step into the boots of a squad of marines fighting for survival as hordes of different Xenomorphs swarm over ceilings and walls to get to you.

The developers showed how to work together, customize characters, and use lots of weapons and gear to enable the fireteam to survive. 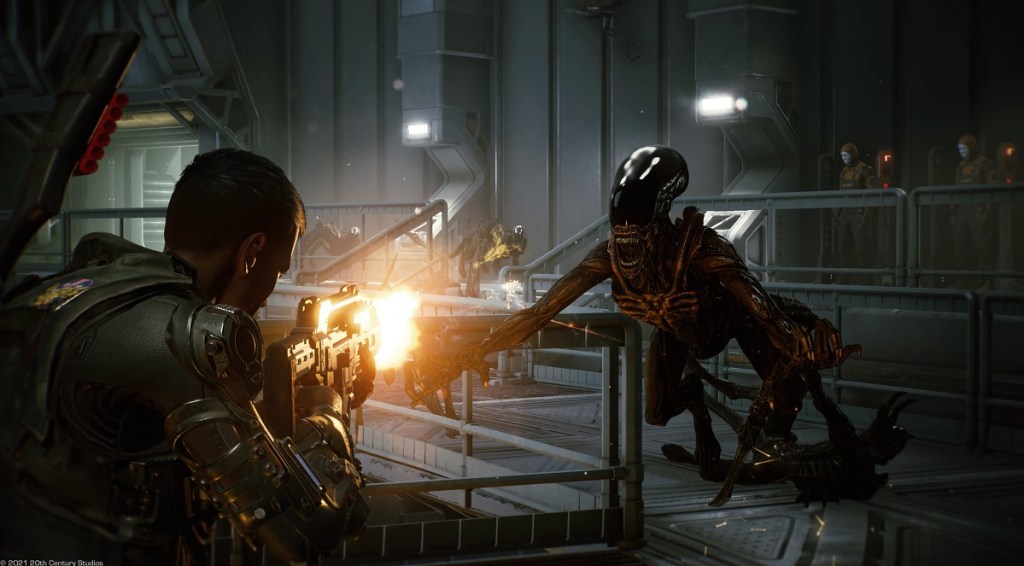 Cold Iron Studios was founded in 2015 by former creators of City of Heroes, Star Trek Online, and Neverwinter. Zinkievich started at Cryptic Studios, where he was the designer and producer of City of Heroes. He also worked on Star Trek Online and Dungeons & Dragons. The other cofounders were Highison and Shannon Posniewski. They had all worked together for 14 years.

FoxNext Games announced in January 2018 that it acquired Cold Iron Studios from the former Kabam, which was split into different parts.

Disney assumed ownership of FoxNext Games when it acquired Fox in March 2019. Then Disney sold FoxNext Games to Scopely, but that mobile game publisher said Cold Iron was not a good fit for its portfolio. So it began shopping the studio around, and Daybreak made the winning bid, acquiring it in August. The studio expanded to 48 people, a relatively small team for an ambitious console and PC title.

“I’m incredibly excited, as it’s been years that we’ve wanted to talk about it,” Zinkievich said in a press briefing. 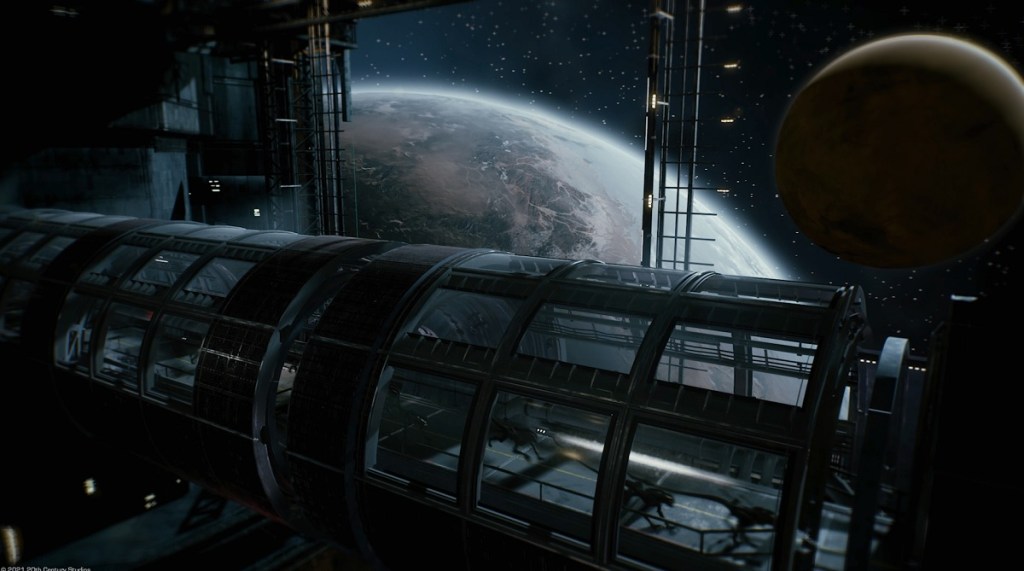 Above: The Katonga Space Refinery in Aliens: Fireteam.

The game is set in 2202, or 23 years after the original Alien film trilogy. Aliens: Fireteam drops players into the role of a Colonial Marine aboard the USS Endeavor, tasked with answering a distress call from the outer colonies. Your team deploys — with not enough soldiers, of course — to overrun facilities, abandoned ruins, and strange alien landscapes.

The lawless colonies have exploded on the Outer Rim of the galaxy, and corporations are running amuck. While Xenomorph outbreaks are still uncommon, they’re no longer viewed as myths. The United Americas government passed a Colonial Protection Act in 2187 to commission warships and enlist Colonial Marines to protect against the Xenomorph threat.

Your team is fresh out of training. You can battle the enemies across four campaigns with two human friends or AI teammates. You arrive at the abandoned Katonga Orbital Refinery, which is reeking with green gas that comes from the bodies of people. You can pick up story parts from nonplayer characters and learn more as you play the replayable missions. You will run across ancient alien ruins, hidden corporate secrets, and Xenomorph hordes.

“It’s really about the survival shooter gameplay,” Zinkievich said. “It’s all about the waves of Xenomorphs.”

It’s a blend of the Ridley Scott “survival horror fantasy” and the James Cameron “action fantasy” with Colonial Marines and tons of firepower. 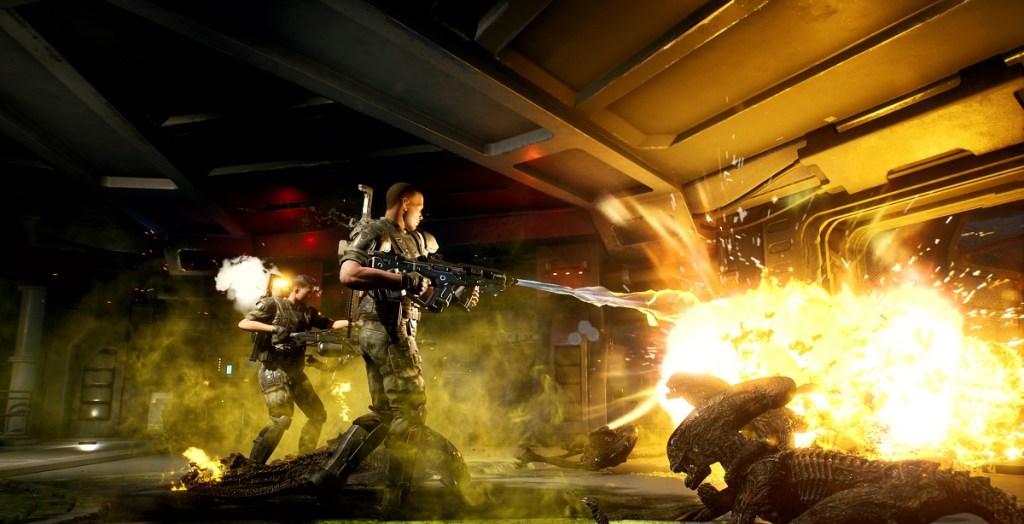 Above: You’ll engage in fierce firefights in Aliens: Fireteam.

The game has more than 20 intelligent enemy types — from Xenomorphs to Weyland-Yutani Synthetics — with 11 varieties of the aliens, including some original creatures never seen before, Zinkievich said. They include creatures like a Burster, which will run up to you and blow up, spraying you with green acid. Each creature has its own AI and behaviors.

Players must utilize cover tactics and master team strategy to eradicate extraterrestrial threats that swarm through doors and vents, scramble across walls and ceilings, and strike from darkness.

It has five character classes. There’s an arsenal of customizable weapons and mods, character progression, and innovative advancement systems help even the odds. The unique Challenge Card system also lets players mutate each mission, offering a new experience with every playthrough.

“It’s not an easy game,” Zinkievich said. “As a game designer, I’m really excited about our challenge card system. This system is a series of cards that the players end up earning that they can play at the beginning of missions when they’re queuing up. And they’re really mutators and really change the way that you play the mission. If you play the challenge card successfully, you end up getting additional rewards, additional cosmetics, additional attachments, things like that.”

The devs showed off three character classes, including a Technician who has a deployable turret. He also had shock grenades, which you can deploy on walls to create an electrical trap that slows down the Xenomorphs as they cross it. They work well in choke points like narrow corridors. You can choose kits that define the kind of mines, special ammo, and other equipment you carry.

“Your rank your kits up as you play,” Zinkievich said. “You can fully customize your weapons.”

The Demolisher is a tank character with heavy rockets and micro-rockets on the shoulder. The soldier can use a grenade launcher, flamethrower, or a smart gun. You can use your motion sensor to detect the enemies as they approach. The Gunner has a lot of firepower, with a frag grenade and an ability called Overclock, which gives everybody on the team a double fire rate, faster reload, and stronger armor. 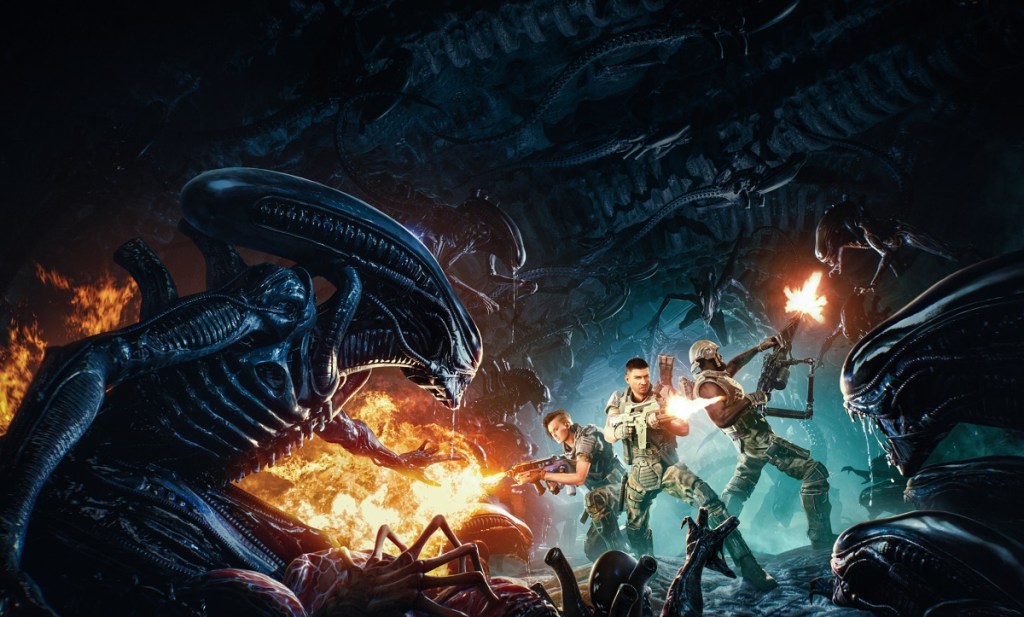 As the demo players started the firefight, they used an explosive barrel right off the bat, shooting at a barrel that exploded and took out a bunch of Xenomorphs. They came to a big room in the space station and had to stop. The Xenomorphs came in from the left at first, and then from multiple directions. It was nonstop shooting and lots of explosions. If the aliens get in close, it becomes a hand-to-hand battle, where the face huggers can try to stick to your face and you have to shoot creatures off of your friends. But if you shoot the creatures, they will spill acid.

I watched the devs fight a particularly tough battle. They all survived, the last one crawling into an elevator to escape the horde. The winner had 71 kills. It’s a pretty intense game. And it should be replayable for hours, Highison said.

It brings back nice memories, and the tagline of the original film, “In space, no one can hear you scream.”

Samsung readying three Exynos chips, and one of them might outpace Apple